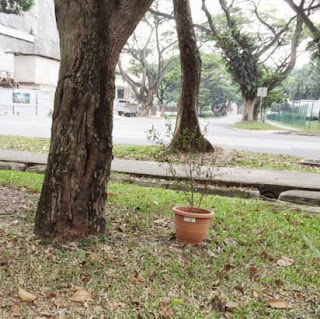 Breaking up with a plant is hard to do.

The colours fade, the foliage thins, there appears to be an alien invasion of bugs or mould, and a rot grows from the roots.   Or for whatever reason, you must part ways. It is not rational. You just don't want it anymore. The way you may grow tired of a shirt and it languishes in your cupboard, untouched, for years.

But unlike a bag of old clothes or a broken-down television set, it doesn't quite belong to the "bulky refuse" bin at the void deck. It has a life, after all. It is not "refuse" or "litter".

And so you gift your plant to the neighbourhood.

A public garden, where it lives - rain or shine - in equal measure as all other plants and trees. Not quite the same as being in a jungle or forest, but nonetheless a step closer to nature. Only its pot remains as a reminder of its past, unbroken.

But if it persists, its roots may break through and it may taste a different earth. 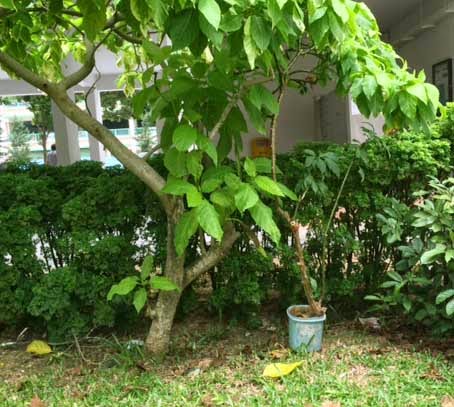 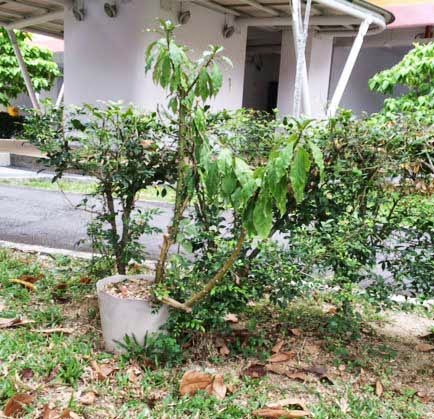