Fear not a long journey. 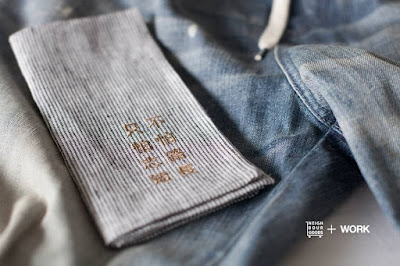 Theseus says: "I have learnt that it is important to adapt and work well with any given situation, especially when it is not to your expectation or in your favor. This will push you to use the circumstances to find other ways that will not be taken if not for the limitations or changes that have been imposed. This change can be for the better, I discovered. So when we are faced with problems, the question to ask ourselves is not how tough or long the road has become, but do we really possess the ambition to push on or will we simply give up?"


Theseus Chan is a Singaporean graphic artist and print matter designer with a keen interest in visual arts, materials, printing and processing technology. His design studio, WORK, has been publishing WERK magazine since 2000. He was named Designer of the Year at the inaugural President’s Design Award Singapore in 2006. In 2012, he became the first Singaporean designer to have a solo exhibition at ggg, Ginza Graphic Gallery, Tokyo. His work is in the permanent collection of the Cooper Hewitt, Smithsonian Design Museum in New York and M+, Museum of Visual Culture in Hong Kong. Other distinctions include several D&AD Yellow Pencils, New York Art Directors Club and Tokyo Type Director’s Club.

*Trans: Fear not the long road, only beware that one's ambition is short

To pre-order, simply write to us at info@ampulets.com before 4 December. We'll advise on the invoice/payment via paypal and on the collection/delivery.
We'll be giving part of the proceeds to a charity.

Good Sweat #8-12 is a series of 6 handkerchiefs, 6 designs, 6 inspirations, by 6 individuals with Neighbourgoods. Look out for the remaining 5 designs, coming soon in November/December 2015.

Good Sweat is an old-fashioned reminder that what matters is not the scale of the work or its reward, but to take care and to take pride in whatever we do. Good Sweat also celebrates the spirit of those who persist, however humble or challenging their job may be, in perfecting their craft.